You are here: Home / Wine Trends / Wine and Science Fiction

Here’s the background. I recently heard about a wine competition held every year in El Dorado County’s wine country, called the Frank Herbert Award. It is sponsored by a local paper, the Mountain Democrat, and is open to all commercial wineries. Winners frequently herald from northern California and compete in many wine categories.

The name Frank Herbert didn’t mean anything to me, but I understood that this was a prestigious award, coveted by many a northern California winemaker. I was surprised that I hadn’t heard of it before; thus began my search to find out who Frank Herbert was, and why his name was attached to this prize.

To my astonishment, and I admit, slight annoyance, the author of the science-fiction series Dune kept popping up during my Internet searches on “Frank Herbert wine award.” Well, I figured, obviously that Frank Herbert is probably more famous than the backwoods mountain man the award is named after, so I’ll just go ahead and trawl through what isn’t pertinent until I find him.

Well, I had found him. Turns out, Frank Herbert is not only author of the Dune series, but also had been a correspondent for several newspapers, most recently in San Francisco. His widely varied topics led him on many exhaustive investigative journeys, including philosophy, psychology, biology, and much more, most of which he incorporated into his Dune books. Wine, however, proved to be one of his more compelling interests.

Back in the 1960s, when Herbert was in his forties, he was asked to do a series on California wines. At that time, California wines had not broken into the world-class category they enjoy today. Through his in depth study, analysis and research, Herbert met Dr. Maynard Amerine, who himself was working hard to promote the California wine industry. Thanks largely to Amerine, Herbert added great knowledge of wine — how to identify it, blend it, taste and appreciate it — to his already prodigious repertoire of general knowledge. Wine became one of his most beloved areas of interest, so much so that he also learned how to make his own.

Obviously, the winemakers of northern California had found an ally and staunch promoter of their trade, and it is completely fitting that Frank Herbert’s name should be on one of California’s most prestigious wine awards.

If you have your own ideas about how wine and science fiction connect, I’d love for you to share those with us here. 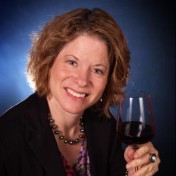